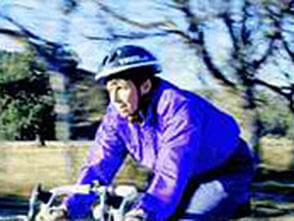 Who knew that baseball would inspire me to dedicate my life to service? In the seventh grade, I felt frustrated when my parents transferred me to a Catholic school in our hometown of El Paso, Texas. But I had a plan. A good student, I decided I’d flunk out. At least that was my plan until I realized that my favorite Sister at school was also the coach of the school’s baseball team. I wanted to be on the team but needed good grades to do so.

I then went to a Catholic high school for girls in Castroville, which is outside of San Antonio. That was where I first considered entering the Congregation of Divine Providence. I was inspired by the Sisters who taught me, and after graduation, I entered the order and earned my bachelor’s degree in math. I then became a junior high and high school math teacher in Tulsa, Oklahoma, and later back in San Antonio.

Having always wanted to earn an advanced degree, I returned to school at the University of Texas at Austin in 1980 as a PhD candidate in Educational Psychology, studying statistics and research methods. I then spent eight years teaching at the University of Wisconsin at Milwaukee and two years as a post-doctoral researcher at Indiana University through a grant from the National Institute of Mental Health. I also have taught at UT-Austin and coordinated a research program, sponsored by the University. This research was designed to make college education more accessible to all students who graduate from Texas high schools. I am now Assistant Provost at Santa Clara University in California. Interest in baseball got me interested, but God’s love has kept me going.